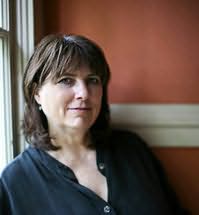 Whitney Otto is the author of five novels: How To Make an American Quilt, which was a New York Times Best Seller (as well as other bestseller lists) and NY Times Notable Book; nominated for the Los Angeles Times Art Seidenbaum Award, and adapted into a feature film produced by Steven Spielberg. Now You See Her was nominated for an Oregon Book Award, and optioned for film. The Passion Dream Book was a Los Angeles Times bestseller, optioned for a film, and an Oregonian Book Club selection. A Collection of Beauties at the Height of Their Popularity was a Multnomah County Library selection. Eight Girls Taking Pictures is being published by Scribner in November 2012. Her novels have been published in fourteen languages.
Novels
How to Make an American Quilt (1991)
Now You See Her (1994)
The Passion Dream Book (1997)
A Collection of Beauties (2002)
Eight Girls Taking Pictures (2012)