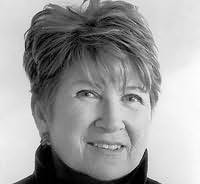 Canada (b.1925)
Born Jacqueline Rosen in Winnipeg in 1925, she grew up during the harsh years of the Depression. Park has very clear recollections of that uncertain time which left deep scars.

Park is the founding chairman of the Dramatic Writing Program and professor emerita at New York Universitys Tisch School of the Arts.