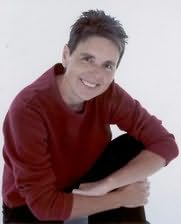 (b.1952)
Julie Anne Peters is an American children's author. Peters' first college degree was a Bachelor of Arts (B.A.) in elementary education with a minor in French. She taught fifth grade for a year, until she and the principal mutually agreed that teaching was not the career for her.

Peters earned a Bachelor of Science degree in Computer and Management Science. During the next ten years, she worked as a research analyst, computer programmer, and systems engineer. She also earned a Masters in Business with emphasis in Information Systems, which confirmed "that computer science was not the field for her". At this point, Peters began writing. Her books for young adults include Define "Normal" (2000), Keeping You a Secret (2003), Luna (2004), Far from Xanadu (2005), and Between Mom and Jo (2006). Her young adult fiction frequently deals with LGBT issues. She has also written books for younger readers, such as the Snob Squad series. Peters lives with her partner, Sherri Leggett, in Lakewood, Colorado.