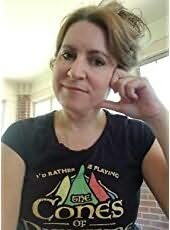 Lorelei Parker grew up believing she was a Yankee, but being raised by transplanted Alabamans, she was destined to wind up in the south. After graduating from Auburn University, she disappointed her entire family by defecting to SEC rival University of Florida and eventually settled as far north as central Virginia where she works as a computer programmer. In her free time, when she isn't playing video games, she writes contemporary romantic comedy.