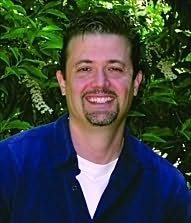 (b.1968)
Stephan Pastis was born and raised in San Marino, California, a suburb of Los Angeles. He graduated from the University of California at Berkeley in 1989 with a degree in political science. Although he had always wanted to be a syndicated cartoonist, Pastis realized that the odds of syndication were slim, so he entered UCLA Law School in 1990 and became an attorney instead. He practiced law in the San Francisco Bay area from 1993 to 2002. While an attorney, he began submitting various comic strip concepts to all of the syndicates, and, like virtually all beginning cartoonists, got his fair share of rejection slips. Then, in 1997, he began drawing Pearls Before Swine, which he submitted to the syndicates in mid-1999. In December, 1999, he signed a contract with United.

Pearls Before Swine debuted in newspapers in January, 2002, and Pastis left his law practice in August of that year. Pearls Before Swine was nominated in 2003, 2004 and 2007 as "Best Newspaper Comic Strip" by the National Cartoonists Society and won the award in 2004 and 2007. Pastis lives with his family in Northern California.