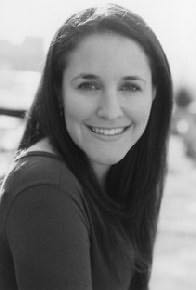 Canada (b.1977)
Daughter of Elissa Ambrose
Sarah was born in Montreal, Canada in 1977. After graduating with an honors degree in English literature from McGill University, she moved to Toronto to work for Harlequin Enterprises. While she never met Fabio, she used her romance publishing experiences to fuel her first novel MILKRUN, which has since been published in 16 countries, selling over 600,000 copies around the globe.

When her second novel, FISHBOWL, received even more accolades, including a starred review from Booklist and being named one of Waldenbooks Best Women's Fiction novels of 2002, Sarah moved to New York City to write full-time.

Since then, Sarah has written AS SEEN ON TV and MONKEY BUSINESS for Red Dress Ink and BRAS & BROOMSTICKS, her first teen novel, for Random House. She has been featured in the short story collections, AMERICAN GIRLS ABOUT TOWN and SIXTEEN: STORIES ABOUT THAT SWEET AND BITTER BIRTHDAY. Sarah also co-edited the USA Today bestselling chick-lit anthology GIRLS' NIGHT IN.

How to Sleep with a Movie Star (2006)
Kristin Harmel
"Hilarious, star-studded, and deliciously entertaining."

Deception (2010)
(Haunting Emma, book 1)
Lee Nichols
"A spine-chilling page-turner. You won't know who to trust... but you will enjoy the ride!"

Sass And Serendipity (2011)
Jennifer Ziegler
"This fun and fresh retelling will leave you cheering, swooning, and hugging your sister."

Meant to Be (2012)
Lauren Morrill
"Fun, fresh, and irresistibly romantic. STB (SURE to be) loved!"