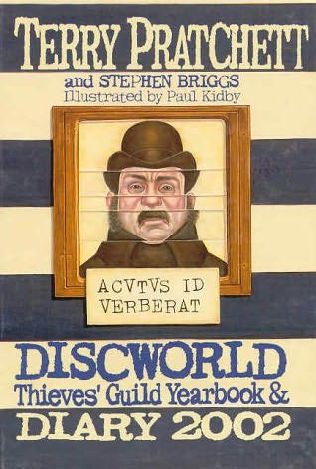 The latest in the highly-successful series of Discworld diaries, featuring extensive original material by Terry Pratchett. The Thieves' Guild celebrates its 21st anniversary with its first Yearbook, featuring an address from Lord Vetinari himself, who encouraged the setting-up of the Guild to avoid the random, unfair and disorganised crime which, until his ascent to power, plagued the great city of Ankh-Morpork. Now crime is legal, organised and run to an annual budget and everyone is happy - well, almost everyone: woe betide the unlicensed thief, highwayman or slipperlegger who tries to do business without Guild approval! Stunningly illustrated, as in previous years, by Paul Kidby.