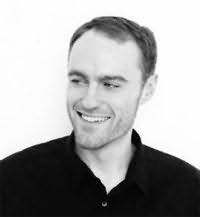 James Riley is the author of the Half Upon a Time series, as well as many books too unwritten to count. He's met thousands of imaginary people, most of whom are more polite than you'd think, but less interesting than you'd hope. He doesn't believe fairy tales actually happened, mostly because he's never had tiny elves do his work for him at night, despite them promising several times.

James currently lives in Los Angeles, but it's not like he's special that way ... so do a lot of other people.