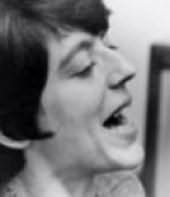 (1929 - 1984)
Jane Roberts was an American author, psychic and trance medium or spirit medium who "channelled" a personality named Seth. The publication of the Seth texts established her as one of the pre-eminent figures in the world of paranormal phenomena. In addition to metaphysical texts, she was an author of short stories, novels, children's literature, and various philosophical texts. Roberts was born in Saratoga Springs, New York, where she attended Skidmore College.