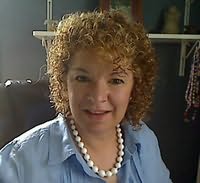 (b.1958)
Terri Reid lives in the same area of the United States as her Mary O’Reilly character, Northwest Illinois.  She lives on five acres of rolling land in a 100 year-old farmhouse, with her husband, children, dogs, cats and several dozen chickens (well, they live in the barn.)  She has seven children and eleven grandchildren, and LOVES her big family.

Her background is in marketing and public relations, but she has always enjoyed telling stories.  For a while, she worked as a freelance journalist for the local paper and wrote the Halloween feature for many years, collecting as many local ghost stories as she could.  She gave her collection of local ghost stories to the local historical society to use as a fundraiser, which are now in their third printing.