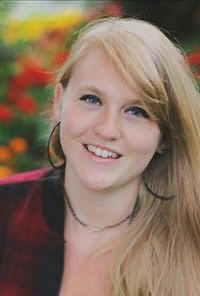 Caighlan Smith was born in St. Johns, Newfoundland & Labrador on June 1st, 1994. She grew up in the scenic coastal community of St. Philips, overlooking the dramatic north-west Atlantic. As a kid, she loved to play in the woods around her house, loved to tell stories and believed in magic. When she was four years old and went to Ireland, her goal was to find a leprechaun. A year later in Norway, it was a troll. She has hiked a dormant volcano in Iceland. She has found Easter eggs hidden in a friends Emmy Award in California and was an actress in a television show that was screened at the United Nations in New York for International Day of the Child, 2000.She is the single child of a single parent; the daughter of a filmmaker, the granddaughter of a professional photographer. Her ancestors have been fishers and fishing merchants in Newfoundland for over 300 years, and she can trace her roots back to Huguenots from Brabant (Belgium) living in London, England during the reign of Henry VIII, back to Labrador indigenous people, to Romany Gypsies and to the Viking Irish.Caighlan graduated with a B.A. Honours in English and a Creative Writing Diploma from Memorial University of Newfoundland in 2016. She is a 2016/2017 Saltire and Alexander & Dixon Scholar at the University of Glasgow where she is doing an MLitt in Fantasy. Caighlan is a supporter of universal girl-child education and has been involved with the Teachers Action for Girls campaign in Uganda.Unlike many writers, she does not have oodles of cats or dogs or miscellaneous furry friends, as they all make her sneeze and wheeze and tear-up. Breathing is far more important than dog drool on your lap or fur clinging to your hoodie. Her great loves are reading, gaming and, of course, writing. The C in her name is hard, the gh is silent.