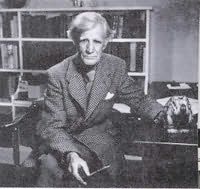 Wales (1889 - 1965)
Howard Spring was born in Cardiff in 1889 into a large family. He left school at 12 after his father's death and continued his education at evening classes. At thirteen he got a job as a messenger on the Cardiff newspaper, The South Wales News, and became a reporter. At twenty-two, Spring went to the Yorkshire Observer in Bradford and later he joined the Manchester Guardian where he returned after the war. He came to love the city and many of his novels are set there. In 1931 Spring took the job of literary critic on the Evening Standard where he introduced the Standard's Book of the Month. He started writing his own novels in 1934. At the start of World War II he and his family moved to Cornwall, whereupon he became literary critic of Country Life. He continued to write after the war and died in 1965.