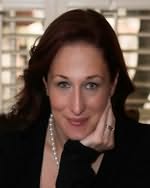 USA Today Bestselling author Jessica Scott is a career army officer, mother of two daughters, three cats and three dogs, wife to a career NCO and wrangler of all things stuffed and fluffy. She is a terrible cook and even worse housekeeper, but she's a pretty good shot with her assigned weapon and someone liked some of the stuff she wrote. Somehow, her children are pretty well adjusted and her husband still loves her, despite burned water and a messy house.

She's also written for the New York Times At War Blog, PBS Point of View Regarding War, and IAVA. She deployed to Iraq in 2009 as part of OIF/New Dawn and has had the honor of serving as a company commander at Fort Hood, Texas twice.

She's pursuing a graduate degree in Sociology in her spare time and most recently, she's been featured as one of Esquire Magazine's Americans of the Year for 2012.
Series
Megan Cross (with Paul C Mihalak)
Afraid to Avenge (2005)