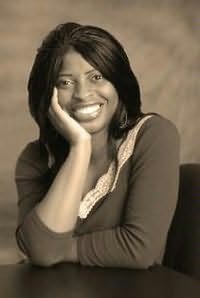 Maureen Smith is the author of seventeen novels and one novella, including the award-winning novel With Every Breath. She writes romantic suspense for Kensington (Dafina) and contemporary romance for Harlequin (Kimani). She received a B.A. in English from the University of Maryland (Go Terps!) with a minor in creative writing.

As a former freelance writer, Maureen's articles were featured in various print and online publications. While working as a freelance writer following the birth of her second child, Maureen penned her first novel. To her delight, Ghosts of Fire was nominated for a Romantic Times BOOKreviews Reviewers' Choice Award and an Emma Award for Favorite New Author, and won the Romance in Color Reviewers' Choice Awards for New Author of the Year and Romantic Suspense of the Year. Maureen's second novel, With Every Breath, was also nominated for a Romantic Times BOOKreviews Reviewers' Choice Award, and garnered four Emma Award nominations in the categories of Favorite Hero, Favorite Romantic Suspense, Author of the Year and Book of the Year. Maureen's novel, Secret Agent Seduction, won the 2010 Emma Award for Best Romantic Suspense. To date, Maureen has received four Romantic Times nominations and fourteen Emma nominations.

Omnibus
Love for All Seasons (2007) (with A C Arthur, Sapphire Blue and Barbara Keaton)
Merry Sexy Christmas (2012) (with Beverly Jenkins and Kayla Perrin)