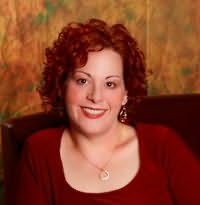 Bestselling, award-winning author Heidi Betts began her love affair with the romance genre in junior high school, where she used to sneak romance novels into study hall when she should have been doing her homework. It didn't take long to decide she wanted to write a few romances of her own, so she set out to do just that.

Her first book was released by Dorchester Publishing in 2000, with five more to follow. From there, Heidi moved into the contemporary arena by writing numerous category titles for Silhouette Desire, and recently she signed with St. Martin's Press to begin writing funny, sexy single titles.

With each new book, Heidi asks herself how she can bring to life endearing heroes and heroines whom readers will believe are meant for each other. A with each new novel to hit the stands, readers and reviewers alike declare she knows how to create a story that sizzles, charms, and delights from the first page to the last. Her first title for Silhouette Desire landed at #1 on the Waldenbooks/Borders Series Romance Bestseller List, where her books have continued to make an appearance ever since.

Heidi loves to read, write, watch movies (and just a little too much television), and surround herself with furry, four-legged friends in her home in the beautiful hills of Central Pennsylvania.

Series contributed to
Dynasties the Elliotts
Mr. and Mistress (2006)
The Elliotts: Secret Affairs (omnibus) (2011) (with Susan Crosby and Charlene Sands)