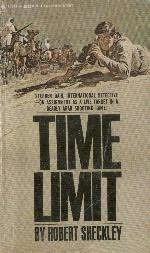 Too many men had already been brutally murdered - some were still dying agonizing deaths - and hundreds more could expect to be killed. The only hope for halting the senseless slaughter was Stephen Dain, International Detective.. one man against a three nation conspiracy and every Arab killer within a thousand miles!.