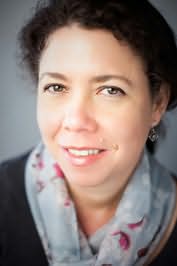 Stephanie Saulter writes what she likes to think is literary science fiction. Born in Jamaica, she studied at MIT and spent fifteen years in the USA before moving to the UK in 2003. In 2010 she launched the Scriptopus interactive website for writing short fiction. Stephanie blogs unpredictably at stephaniesaulter.com and tweets slightly more reliably as @scriptopus. She lives in London.

This Is How You Lose the Time War (2019)
Amal El-Mohtar and Max Gladstone
"I'm very rarely a reader of romances - but I think now that's only because there is so rarely a romance like How To Lose the Time War. I've lost the day to it, and my only regret is that it's over . . . It's a smart, inventive, lyrical story that dances a pas de deux down the edge of a razor, and I'm very glad to have read it."
Visitors to this page also looked at these authors
Sif Sigmarsdóttir
Michelle Schusterman
Andrew Smith
Melinda Salisbury
Jon Robinson
Victoria Schwab
Matt Wallace
Margaret Allan
Tom Rob Smith
Yrsa Sigurðardóttir
Alex Scarrow
Lynn Sholes
Kat Richardson
John Scalzi
Brandon Sanderson
Christopher Reich