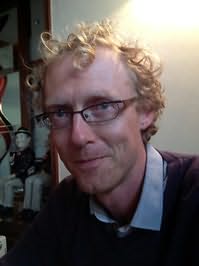 Scotland
Will was born in Stirling, Scotland, in 1970. He appeared in Babes in the Wood aged nine, learned blues harmonica from his Latin teacher, and drove to California in a Volkswagen beetle.

Despite writing plays and stories, he got a creditable degree and started singing in pubs and writing plays in Edinburgh. He moved to London to study acting with the renowned clown, Philippe Gaulier, and won two radio play competitions for LBC Radio. This was the beginning of his woes.

Over the years, hes tried his hand at a variety of things in order to keep scribbling. Hes acted in the longest play in the world, The Warp (around 24 hours). Hes played guitar for the inimitable Philip Jeays from Vancouver to Edinburgh. Hes driven actors, including the gangster, Mad Frankie Fraser.
Series
Campbell Lawless
1. Lawless and The Devil of Euston Square (2006)
aka The Worms of Euston Square
2. Lawless and the Flowers of Sin (2014)
3. Lawless and the House of Electricity (2017)