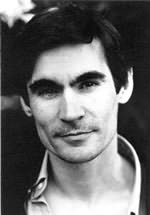 (b.1960)
Andrew Miller was born in Bristol in 1960. He has lived in Spain, Japan, Ireland and France, and currently lives in Somerset. His first novel, INGENIOUS PAIN, was published by Sceptre in 1997 and won the James Tait Black Memorial Prize for Fiction, the International IMPAC Dublin Literary Award and the Grinzane Cavour prize in Italy. His second novel, CASANOVA, was published in 1998, followed by OXYGEN, which was shortlisted for the Whitbread Novel Award and the Booker Prize in 2001, and THE OPTIMISTS, published in 2005.