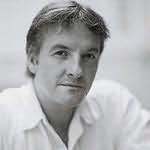 Ireland (b.1968)
John Connolly was born in Dublin, Ireland in 1968 and has, at various points in his life, worked as a journalist, a barman, a local government official, a waiter and a dogsbody at Harrods department store in London. He studied English in Trinity College, Dublin and journalism at Dublin City University, subsequently spending five years working as a freelance journalist for The Irish Times newspaper, to which he continues to contribute.

Novellas
The Wanderer in Unknown Realms (2013)

The Master of Rain (2002)
Tom Bradby
"Master of Rain is that rare thing: a truly epic crime novel, brilliantly researched and superbly executed."

Kisscut (2002)
(Grant County, book 2)
Karin Slaughter
"With Blindsighted, Karin Slaughter left a great many thriller writers looking anxiously over their shoulders. With Kisscut, she leaves most of them behind."

Borrowed Light (2006)
Joolz Denby
"One of the most talented and humane novelists that we have."

The House at Midnight (2008)
Lucie Whitehouse
"THE HOUSE AT MIDNIGHT is a stunning piece of modern gothic. Gripping, accomplished, and ultimately mesmerizing, it represents the arrival of a major literary talent."

The Vanishing of Katharina Linden (2009)
Helen Grant
"Both a wonderful first novel and a strange, haunting modern fairy tale."

The Twelve (2009)
(Jack Lennon Investigation, book 1)
Stuart Neville
"Not only one of the finest thriller debuts of the last ten years, but also one of the best Irish novels, in any genre, of recent times."

Payback (2010)
(Mace and Pylon, book 1)
Mike Nicol
"Read Mike Nicol now, before everyone else starts telling you how wonderful he is."

The Rising (2010)
(Inspector Benedict Devlin, book 4)
Brian McGilloway
"Set to become one of the great series in modern crime fiction."

The Nameless Dead (2011)
(Matt Wells, book 4)
Paul Johnston
"Johnstone is one of the brightest stars in the night skies of mystery fiction."

Absolute Zero Cool (2011)
Declan Burke
"Among all the recent crop of Irish crime novelists, it seems to me that Declan Burke is ideally poised to make the transition to a larger international stage."

Everything To Lose (2014)
(Rookie Club, book 5)
Danielle Girard
"[some]of the strongest female characters to have graced the genre in years."

Bull Mountain (2015)
(Bull Mountain, book 1)
Brian Panowich
"The gripping, witty Bull Mountain is not only a fine debut, but a fine mystery novel, period. Panowich may even have carved out his own subgenre of hillbilly noir. I can't wait to see what he comes up with next."

The Plea (2016)
(Eddie Flynn, book 2)
Steve Cavanagh
"The Plea is one of the most purely entertaining books you'll read this year. It's a blast."

Defender (2017)
(Voices , book 1)
G X Todd
"So accomplished that it's difficult to believe it's a first novel, Defender is already worthy to take its place alongside The Stand in the canon. An absolute gem of a book."

The Binding Song (2017)
Elodie Harper
"A splendidly unsettling debut - a chilling mystery to be read with the lights on and your back to the wall."

The Chill (2020)
Scott Carson
"The year’s best spine-tingler is already here. THE CHILL is a good old-fashioned ghost story, meticulously researched and brilliantly executed. If you’ve ever wished for a cross between ‘Chinatown’ and ‘The Fog,’ Scott Carson has answered your dark prayers..."