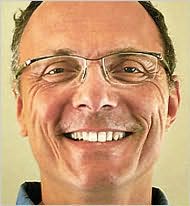 (b.1950)
Michael Tolkin is an American filmmaker and novelist. He has written numerous screenplays, including The Player (1992), which he adapted from his 1988 book by the same name, and for which he received the 1993 Edgar Award for Best Motion Picture Screenplay. A follow-up book, Return of the Player, was published in 2006.

Tolkin was born in New York City, New York, the son of Edith, a studio executive, and the late comedy writer Mel Tolkin. Tolkin lives in Los Angeles with his wife Wendy Mogel (parenting expert and author of bestseller The Blessing of a Skinned Knee) and their two daughters, Susanna and Emma.

Collections
The Player, the Rapture, the New Age (1995)

Take Fountain (2015)
Adam Novak
"Adam Novak has a merciless eye for society in which striving replaces every consideration of morality."