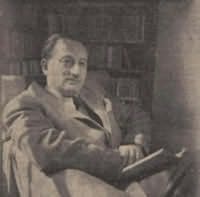 aka Peter Stafford
Paul Tabori, author and journalist, was born in Budapest, Hungary, in 1908 and was educated in Switzerland, Hungary and Germany. He graduated as a Doctor of Economic and Political Science at the University of Budapest and received his PhD at the Kaiser Friedrich Wilhelm University in Berlin. Between the two world Wars, he lived in seventeen countries as a foreign correspondent and screenwriter.
In 1937 he settled in London where he became assistant editor of World Review; diplomatic correspondent of Britanova; film critic of the Daily Mail; regular BBC broadcaster to occupied Europe; and chief European feature writer for Reuter's. From 1943 to 1948 he was a contracted writer to Sir Alexander Korda's London Films and between 1950 and 1951 he worked in Hollywood. Up to the 1970s, Tabori had written over thirty theatrical features and more than a hundred television films. These included the Rhinegold Christmas Show Silent Night; nine half-hour films for the Errol Flynn Theatre of which he was the story editor, and many other television serials. He also devised and was co-ordinating producer of the first international television series, 'A Day of Peace', in which eleven countries took part.
Tabori also published over forty books, and his novels and non-fiction publications were translated into over nineteen languages. He was active in the International PEN Club for twenty years, holding various offices. He also served as Executive Director of the International Writer's Guild of Great Britain between 1954 and 1966. Tabori was also a co-founder and board member of the International Writer's Fund.
Laterly, Tabori taught at Fairfield Dickinson University, at City College of New York, and was also visiting Professor of Creative Writing at the University of Illinois in Chicago. Tabori was also close friends with psychic researcher Harry Price, becoming Price's literary executor after his death in 1948, and was the author of Harry Price: The Biography of a Ghost-Hunter in 1950 and of other works concerning Price's investigations.
Series
Hunters Trilogy
1. The Doomsday Brain (1967)
2. The Invisible Eye (1969)
3. The Torture Machine (1969)