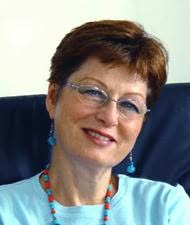 aka Mona Van Wieren
Windela Kilmer was born on May 26, 1947 in Holland. She always wanted towrite. She was a dreamer, reading books all the time and making up her ownstories. She wrote them in notebooks and illustrated them herself. One dayher brothers burned them in the attic, fortunately not burning down thehouse. They don't remember this now, but she does! As a child growing up inHolland, she also always wanted to travel. Holland is very flat and shewanted to see mountains! Tropical beaches with coconut palms! Deserts!Interesting people! And then she wanted to write adventurous love storiesset in these exotic places.

As luck would have it, she fell in love with a globetrotting U.S.American.Windela met him in Amsterdam, he asked her to marry him in Rome, and theytied the knot in a ten-minute ceremony in Kenya, where he was a Peace CorpsVolunteer. Some wedding that was! Not the stuff of romantic dreams, butreally good for a laugh. After Kenya they lived in his native United Statesfor a while.

They also lived four years in Ghana, West Africa where not only their firstdaughter was born but her her first Mills & Boon romance as well. It tookher a year to write. It was set in Ghana, and she called it SWEET NOTALWAYS, a slogan found on a big colorfully decorated truck that transportedpeople, goods, and live chickens. She signed her book as Karen Van der Zee.Her editor later told her that her manuscript was fished out of the slushpile, one out of a thousand that make it to publication. Good thing shedidn't know the odds before she started. Sometimes ignorance is bliss...Now, she has written over thirty books and, not surprisingly, many are setin exotic locations. Writing as Mona van Wieren, she received a RITA for aSilhouette Romance entitled RHAPSODY IN BLOOM. Windela loves the challengeof living in a foreign country where the food is different, the peopleinteresting and life gives her endless romantic inspiration for her writing.So, she says, she'll just keep going for a while.

Windela's husband's work as a development economist has taken them toseveral other countries. They lived in Indonesia, in Ramallah (Palestine),and then again in Ghana. She now lives in Armenia, which lies east of Turkeyand north of Iran. Along the way they acquired two more kids. All three arenow grown and living in the United States.

Series contributed to
Too Hot to Handle
3. Making Magic (1993)