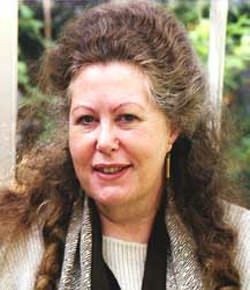 Jenny Haddon was born in London, England, where she always returns afterthe travels that she loves. When she was small, her mother couldn't bearreading aloud, so her mother taught her to read at an appallingly precociousage. She wrote her first book with her own illustrations at the age of fourbut was in her 20s before she produced her first romance as Sophie Weston.

She studied English Language and Literature at university. Choosing a careerwas a major problem. It was not so much that she didn't know what she wantedto do, as that she wanted to do everything. So she filed and photocopied andexperimented. She worked as consultant at the Bank of England and all thetime she drew on her experiences to create her Mills & Boon books. Sheedited press releases for a Latin American embassy in London (The LatinAfffair); lectured in the Arabian Gulf (The Sheikh's Bride); waitressed inParis (Midnight Wedding); and made herself hated by getting under people'sfeet asking stupid questions under the grand title of consultant all overthe world (The Millionaire's Daughter). She also is an active member of theUK's Romantic Novelists' Association's Committee, and since 2005 is theChairman.

Jenny has one house, three cats, and about a million books. She writescompulsively, Scottish dances poorly, grows more plants than she has roomfor, and makes a mean meringue.