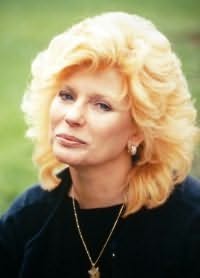 A former Adjunct Professor of Literature & Communications where she taught all levels or oral and written communication, Sharon DeVita is a USA Today Best Selling Award Winning author of 33 books of fiction and non-fiction, including one that's been optioned as a Movie of the Week. Her first book, Heavenly Match, won The Best Unpublished Novelist of 1985 contest and was bought three weeks later by a NY publisher. A recipient of numerous awards, including Romantic Times Lifetime Achievement Award, Sharon's books all convey a sense of heart and humor.Born and raised in the Midwest, Sharon and her husband, a retired U.S. Army Colonel now reside in the Southwest where snow has become just another four letter word.

Omnibus
Montana Homecoming / About the Boy (2005) (with Allison Leigh)

Series contributed to
Greatest Texas Love Stories of all Time
41. The Lone Ranger (1996)