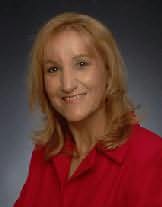 Shirley Rogers lives in the Hampton Roads area of Virginia, where she was born and raised. She is the youngest of five children, and feels lucky to live within a few miles of her entire family, except for her son, who lives in Tennessee. She shares her home with her husband of 29 years, two cats, KiKi and Buddy, and an adorable Maltese named Blanca.

Shirley is the mother of two children. Both her son and daughter graduated college in the same year with like degrees in communication. Her son, Michael, works in the music industry. Her daughter, Michelle, is a copy editor.

Once her children were older, she toyed with going to college. Though she excelled in English, it didn't take long for her to learn that she was mathematically challenged.

During this time, she figured out that she loved writing, and since she enjoyed reading romances, she decided to write them. Shirley wrote around her teenage children's schedules, often grabbing a few minutes before or after baseball games for her son and volleyball games for her daughter.

When her children were a little older and exerting their independence, she began to get serious about publishing her stories. As a person who can honestly say she has never set a goal she hasn't met, she pursued her writing career, setting her goal at selling her books to Silhouette.

The best Christmas present she ever received was a call from a Silhouette editor offering to buy her first book one week before Christmas, 1996!

When she isn't writing, Shirley enjoys spending time with her family. She tries to see her son and daughter-in-law as often as possible, and she spends quite a bit of time with her daughter.