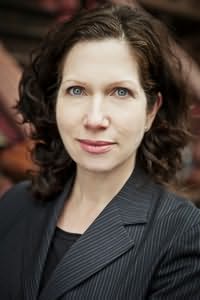 The Submission, Amy Waldmans first novel, was published in 2011. It won the Janet Heidinger Kafka Prize and an American Book Award and was named a finalist for the Hemingway Foundation/PEN First Fiction Award. It was a New York Times Notable Book for 2011, one of National Public Radios Ten Best Novels, EsquiresBook of the Year, Entertainment Weeklys #1 Novel for the Year, a Washington Post Notable Fiction Book, and one of Amazons Top 100 Books and top ten debut fiction. It was a finalist for the Guardian (UK) First Book Award and was long listed for the Orange Prize. It has been or will be published in Brazil, Italy, France, Germany, the United Kingdom, India, Indonesia, South Africa, Canada, Japan, Portugal, Sweden, Norway, and the Netherlands.

Amys fiction also has appeared in the Atlantic, the Boston Review and the Financial Times, and was anthologized in The Best American Non-Required Reading 2010.

Amy was a reporter for The New York Times for eight years, including three as co-chief of the New Delhi bureau. She was also a national correspondent for the Atlantic.

She graduated from Yale University and has been a fellow at the Radcliffe Institute for Advanced Study and at the American Academy in Berlin. She lives with her family in Brooklyn.

Lost and Wanted (2019)
Nell Freudenberger
"Intellectually dazzling and almost unbearably moving, Lost and Wanted stayed with me long after I read it, its characters still moving in my brain like free electrons. Probing the mysteries of the physical universe and the equally mysterious nature of human connection, Nell Freudenberger writes fearlessly and lyrically about physics and grief; parenthood and friendship; the subtleties of race and the seriousness of female ambition. I've read many novels that make me think and some that made me cry, but few that did both as powerfully as this one did."
Visitors to this page also looked at these authors
Joseph Wambaugh
Jess Walter
Ayelet Waldman
Susan Vreeland
Robert James Waller
Urban Waite
Andrew Vachss
Barbara Vine
Kurt Vonnegut Jr
Alice Walker
Jo Walton
Anne Tyler
Sarah Waters
Minette Walters
Penny Vincenzi
Amanda Eyre Ward