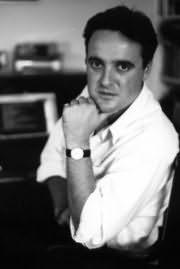 (b.1971)
uy Walters is the author and editor of nine books, which include four wartime thrillers, the critically acclaimed Berlin Games and his latest work, Hunting Evil. With James Owen he co-edited The Voice of War, an anthology of Second World War memoirs. Shortlisted for the 2006 William Hill Sports Book of the Year and the NASSS's 2007 Outstanding Book award, Guy has been an author since he left The Times of London, where he was a feature writer and a commissioning editor.
His books have been translated into several languages, and Hunting Evil has been and will be released in the UK, the USA, Canada, Norway, Sweden, Holland, France, the Czech Republic, Croatia, Denmark, Poland and Romania.
Guy writes for a handful of UK newspapers and magazines, and is a frequent contributor to the Jeremy Vine show on BBC Radio 2. He regularly gives talks to societies up and down the country. When he finds the time, Guy is currently working on his PhD at Newcastle University under the supervision of Professor Tim Kirk.
His wife, Annabel Venning, is also an author, and they live in Wiltshire in the southwest of England with their two children, William, 7, and Alice, 5. In his spare time, he is a keen player of croquet and pétanque. Further biographical information (most of it correct) can be found on the wikipedia.
Novels
The Traitor (2002)
The Leader (2003)
The Occupation (2004)
The Colditz Legacy (2005)