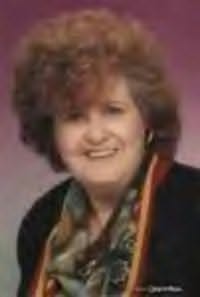 Janet lane Walters was born in Wilkensburg, Pa July17, 1936 reported to be the hottest day of the summer. She has been a publishedauthor since 1968 beginning with short stories and moving into novels whenan editor told her a short story sounded like a synopsis for a novel. Inthe 1970s and 1980s she published 4 sweet nurse romance novels. Then shereturned to school to earn a BS in Nursing and a BA in English. Returningto work as a nurse to help put four children through college she put herwriting career on hold. In 1993 she retired from nursing and began writingagain. A new nurse romance followed in print. Then she discovered electronicpublishing and since 1998 has been electronically published.

Janet calls herself an eclectic writer since she moved from genre to genre.At present she has 37 novels published, 5 novellas, 4 Anthologies and 4non-fiction books. There are mysteries featuring Katherine Miller a formernurse who seems to stumble over bodies wherever she goes. Using her interestin Astrology, she has several series that use Astrology as a premise forthe stories. Once she earned enough money to travel to Ireland by castingcharts for people. She has many books in the romance genre, some of themare contemporary and are nurse romance, others fall into the fantasy orparanormal forms of romance. Interested in reincarnation, she has used thisas a jumping point for at least two novels. Two of her novels deal with alternateworlds using a love affair with Ancient Egypt.

Under her other name J.L. Walters she has written a YA fantasy series calledAffinities. She has also written a non-fiction book when her co-author JaneToombs that won the EPIC Award in 2003 for best Non-fiction. There are othernon-fiction books she has ghostwritten for doctors. During her career shehas received other awards and has a number of great reviews.

Besides her four adult children, she has seven grandchildren. Five of themare the models for the YA series. The other two arrived too late to playa large role in the series. Four of her granchhildren are bi-racial and 3are chinese so the eclectic even invades her family. She has been marriedto the same man for more than 50 years. He's a psychiatrist who refuses tocure her obsession for writing.

Jewels of Earda
1. The Quest for the White Jewel (2008)
aka Search For The White Jewel
2. The Brotherhood of Mages (2008)
aka Confronting the Wizards of Erda
3. The Secret of the Jewels (2010)
aka Discovering the Jewels' Secret

Series contributed to
Jewels of the Quill (with Carrie S Masek, Jane Toombs and Karen Wiesner)
Tales From The Treasure Trove: Volume VII (2011)