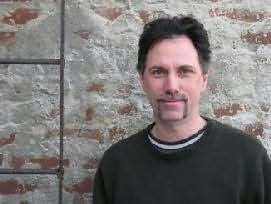 Born in Zurich, Paul Witcover is a writer and critic. A finalist for the World Fantasy, Nebula, Shirley Jackson and James Tiptree awards, his work includes the critically acclaimed novels Waking Beauty and Tumbling After, and a collection of short stories, Everland and Other Stories. His short fiction has also appeared in anthologies and magazines such as Asimov's and, with Elizabeth Hand, he created the comic book series Anima. He has also been curator of the New York Review of Science Fiction reading series. Paul lives in New York City and is currently working on the sequel to The Emperor of all Things.

Collections
Everland and Other Stories (2009)

Way of the Wolf (2001)
(Vampire Earth, book 1)
E E Knight
"If 'The Red Badge of Courage' had been written by H.P. Lovecraft, the result would have been something like this."