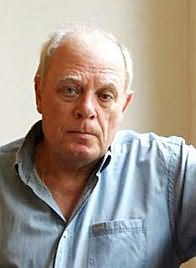 Portugal (b.1942)
António Lobo Antunes was born in Lisbon. At the age of seven he decided to be a writer but when he was 16, his father sent him to the medical school of the University of Lisbon where he graduated as a medical doctor and later specialized in psychiatry. During this time he never stopped writing.

By the end of his education he had to join the Portuguese Army to take part in the Portuguese Colonial War (1961-1974). In a military hospital in Angola, he gained interest for the subjects of death and the other.

In 1979, Lobo Antunes published his first novel - Memória de Elefante/Elephant's Memory - where he told the story of his separation. Due to the success of his first novel, Lobo Antunes decided to devote his evenings to writing. He has been practicing psychiatry all the time, though, mainly at the outpatient's unit at the Hospital Miguel Bombarda of Lisbon.

His style is considered to be very dense, heavily influenced by William Faulkner and Louis-Ferdinand Céline.

Collections
The Fat Man and Infinity (2009)