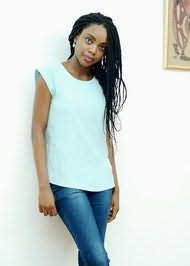 Ayobami Adebayo's stories have appeared in a number of magazines and anthologies, and one was highly commended in the 2009 Commonwealth short story competition. She holds BA and MA degrees in Literature in English from Obafemi Awolowo University, Ife. She also has an MA in creative writing from the University of East Anglia where she was awarded an international bursary for Creative Writing. Ayobami has been the recipient of fellowships and residencies from Ledig House, Hedgebrook, Threads, Ebedi Hills and Ox-Bow.
STAY WITH ME- UK (Canongate, March 2017) US (Knopf, August 2017) is her debut novel.
Novels
Stay With Me (2017)