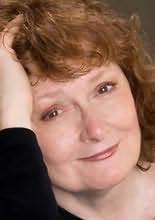 Jonis Agee is the author of four novels, four collections of short fiction, and a book of poetry. Three of her books-Strange Angels, Bend This Heart, and Sweet Eyes-were named Notable Books of the Year by The New York Times. Taking the Wall won the ForeWord Magazine Editor's Choice Award and The Weight of Dreams won the Nebraska Book Award. Jonis Agee is a Nebraska native who has lived and taught throughout the Midwest. She is now Professor of English and Creative Writing at the University of Nebraska-Lincoln.

A Sandhills Ballad (2009)
Ladette Randolph
"Randolph writes truthfully of the Nebraska Sandhills, a harsh land that exacts a brutal price for those who choose to love it. Having lived there, one never truly leaves, as Mary Rasmussen discovers, it etches its beautiful scar on body and soul."

The Last Bridge (2009)
Teri Coyne
"Teri Coyne has created a hypnotic portrait of an American family under attack from within, told with such unflinching honesty that you cannot take your eyes off the page. Not since Bastard Out of Carolina have we seen the breathtaking courage it takes to survive and triumph after paying the price of dark secrets corroding the heart of a family. Cat stings you with her caustic tongue, makes you laugh out loud with her wild humor, brings you to tears with the revelation of her trials, and finally lifts you to your feet as she fights her way free to love again. This is a tough, rewarding read you'll never forget."

If I Bring You Roses (2011)
Marisel Vera
"A deeply felt and satisfying tale that brings attention to the courage required to sustain hope, love, and passion as a stranger in a new land."

The Boat Runner (2017)
Devin Murphy
"Murphy is a rare writer whose prose rings with authority and beauty as it weaves the devastating story of children coming of age in the darkest hours of the twentieth century."

My Name Is Venus Black (2018)
Heather Lloyd
"A timely, must-read novel that you won't be able to put down! With the compassion of a ragtag community that ultimately embraces them, the characters work to discover the redemptive power of love in their lives. My Name Is Venus Black will make us rethink what we think we know about family, community, and our responsibilities to each other."

Promise (2018)
Minrose Gwin
"Gwin’s gift shines in the complexity of her characters and their fraught relationships with each other, their capacity for courage and hope, coupled with their passion for justice. [...] I couldn’t put this novel down, and I don’t think you’ll want to either."

The Pallbearer (2018)
Jordan Farmer
"What makes The Pallbearer so powerful, ultimately, is Farmer's language that welds lyricism to a ferocious vision upending our notions about the unseen, the rural poor, and ultimately, those who hunger for any small thing to save their lives. He reminds us to be human in the better sense of the word-to care more, not less."