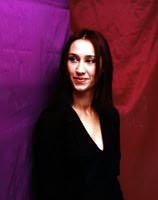 (b.1967)
Monica Ali has been named by Granta&#160as one of the twenty best young British novelists. She is the author of In the Kitchen, Alentejo Blue, and Brick Lane, which was shortlisted for the Man Booker Prize. She lives in London with her husband and two children.

The Miracle Life of Edgar Mint (2001)
Brady Udall
"A wild and wondrous tale... I was utterly charmed by it."

About Grace (2004)
Anthony Doerr
"I loved this wonderful book."

The Memory of Love (2010)
Aminatta Forna
"A subtle and complex exploration of both the psyche of a war-torn African state and the attractions which it holds for an outsider. Forna is a writer of great talent and courage, one who never shies away from asking the difficult question."

Never Anyone But You (2018)
Rupert Thomson
"NEVER ANYONE BUT YOU is a delightful, surprising and highly accomplished novel that puts a hidden piece of history into its long overdue place in the spotlight. Rupert Thomson deftly weaves a story that spans several decades, the Paris surrealists, Nazi-occupied Jersey, heroic acts of resistance, and intense and enduring (and forbidden) love into one seamless whole. I was gripped, thrilled, entertained and deeply moved."