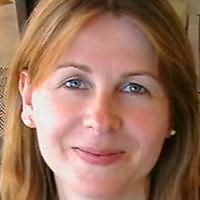 (b.1964)
Rosie Alison read English at Keble College, Oxford. She is Head of Children's Development at Heyday Films, which is the British production company behind the Harry Potter film series for Warner Bros. Prior to joining Heyday, Rosie had been a documentary producer/director for more than 10 years - working at the LWT arts department, BBC Music & Arts and Talkback Features. Her programme credits have included The South Bank Show, Omnibus, The Lipstick Years and Grand Designs. She has recently co-produced two feature films (The Boy in the Striped Pyjamas, just released, and the forthcoming film Is There Anybody There?).
Novels
The Very Thought of You (2009)