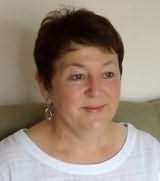 (b.1956)
Maria McCann is an English novelist. She was born in Liverpool in 1956 and has been a lecturer in English at Strode College, Street, Somerset since 1985.

Her novel As Meat Loves Salt (2001) is about the homosexual relationship of two young men in 17th century England. Jacob Cullen and Christopher Ferris meet in Cromwell's New Model Army, desert to live in London, and later become farmers together. While it paints a picture of army, country and city life at the time of the English Civil War and examines the social and political conflicts of the era, the novel is particularly interesting from a narratological point of view. Its narrator Jacob, though often beguiling, is a violent and destructive character, and his reliability as a narrator becomes increasingly questionable throughout the course of the narration . The ensuing mysteries challenge even the attentive reader.

The novel was well received by readers and critics and has recently been championed by Orange Prize winner Lionel Shriver, but failed to attract what one could call widespread attention.

Maria McCann also contributed a short story titled Minimal to the anthology New Writing 12 published by the British Council in 2005.

She is currently working on a second historical novel, this time set before and during World War II.
Novels
As Meat Loves Salt (2001)
The Wilding (2010)
Ace, King, Knave (2013)