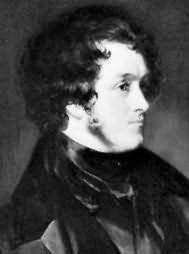 (1805 - 1882)
Born in 1805 in King Street, Manchester, the son of a solicitor, educated at The Manchester Grammar School, and articled at age 16 by his father in a law firm, William Harrison Ainsworth eventually emerged as a prolific and renowned romantic novelist. By the age of 20, his love for literature had developed and he had already penned several stories, contributed articles to magazines, and founded his own periodical - which failed. After his father's death he moved to London, married Annie Ebers, whose father was a publisher, and published his first novel, Sir John Chiverton, followed by Rockwood, both in 1834.