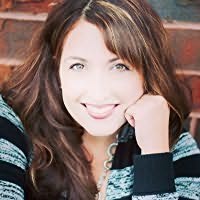 (b.1976)
Christy Barritt, a Publisher’s Weekly bestselling author, writes both mystery and romantic suspense novels that are clean with underlying messages of faith. Her books have won the Daphne du Maurier Award for Excellence in Suspense and Mystery, have been twice nominated for the Romantic Times Reviewers’ Choice Award, and have finaled for both a Carol Award and Foreword Magazine’s Book of the Year.
She’s married to her prince charming, a man who thinks she’s hilarious–but only when she’s not trying to be. Christy’s a self-proclaimed klutz, an avid music lover who’s known for spontaneously bursting into song, and a road trip aficionado.
Christy currently splits her time between the Virginia suburbs and Hatteras Island, North Carolina. She has more than fifty books published with over one million copies sold.