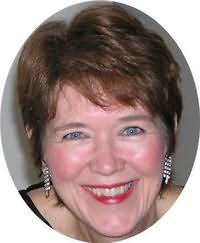 Debby Giusti is a medical technologist who loves working with test tubes and petri dishes almost as much as she loves to write. Growing up as an Army Brat, Debby met and married her husband--then a Captain in the Army--at Fort Knox, Kentucky. Together they traveled the world, raised three wonderful Army Brats of their own and have now settled in Atlanta, Georgia, where Debby spins tales of suspense that touch the heart and soul.

Debby's work has won numerous awards, including the Daphne du Maurier Award for Inspirational Suspense, the National Readers' Choice Award, the Golden Quill, the Beacon, the Gayle Wilson Award of Excellence and the Write Touch. In addition, Debby is an Award of Merit Recipient for the HOLT Medallion. Her tenth book, THE COLONEL'S DAUGHTER, was released in August 2012. THE GENERAL'S SECRETARY follows in January 2013. Both stories are part of her Military Investigations Series published by Love Inspired Books. In addition to full-length fiction, Debby has written magazine articles for Southern Lady, Woman's World, Our Sunday Visitor, Army and Family, and served for over twelve years on the editorial advisory board of ADVANCE Magazine for Administrators of the Laboratory.