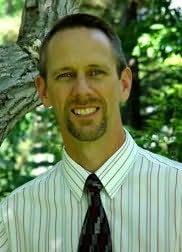 Chuck Black first wrote Kingdom's Edge to inspire his children to read the Bible with renewed zeal. This captivating expanded parable led him to write the Old Testament allegories, Kingdom's Dawn and Kingdom's Hope. Chuck added three more titles to the series, Kingdom's Call, Kingdom's Quest, and Kingdom's Reign which were released in May of 2007.

Chuck is a former F-16 fighter pilot and currently works as an engineer for a firm designing plastic consumer products. He has a degree in electrical and electronic engineering and served eight years in the United States Air Force.
It is Chuck's desire to serve the Lord through his work and to inspire people of all ages to study the scriptures in order to discover the hope and love of a truly majestic King and His Son.