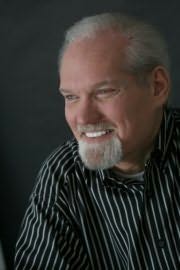 (b.1949)
Author of more than 180 books with sales of more than 70 million copies, including the best-selling Left Behind series, Jerry B. Jenkins is former vice president for publishing and currently chairman of the board of trustees for the Moody Bible Institute of Chicago.

Jerry owns Jenkins Entertainment, a filmmaking company in Chicago, and the Christian Writers Guild, which aims to train tomorrow's professional Christian writers. Each student is personally mentored by a seasoned professional.