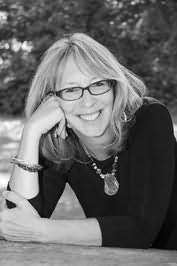 DV Berkom is the award-winning author of two action-packed thriller series featuring strong female leads (Leine Basso and Kate Jones). Her love of creating resilient, kick-ass women characters stems from a lifelong addiction to reading spy novels, mysteries, and thrillers, and longing to find the female equivalent within those pages.

Raised in the Midwest, she earned a BA in political science and promptly moved to Mexico to live on a sailboat. Several years and a multitude of adventures later, she wrote her first novel and was hooked. The Kate Jones adventure thriller, Bad Spirits, was first published in 2010 as an online serial, and was immediately popular with Kindle and Nook fans. Dead of Winter, Death Rites, and Touring for Death soon followed before she began the far grittier Leine Basso thriller series in 2012 with Serial Date. Now, she tries to give equal time to both Kate's and Leine's stories, a must for her (happily) impatient readers.

DV currently lives in the Pacific Northwest with her husband, Mark, and several imaginary characters who love to tell her what to do. Her most recent books include A Killing Truth, Cargo, The Body Market, A One Way Ticket to Dead, and Yucatán Dead.