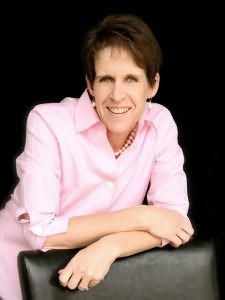 Jennifer Beckstrand grew up with a steady diet of William Shakespeare and Jane Austen. After all that literary immersion, she naturally decided to get a degree in mathematics, which came in handy when one of her six children needed help with homework. When daughter number four was born, she began writing, and between juggling diaper changes, soccer games, music lessons, and dinner preparations, Jennifer finished her first manuscript in just under fourteen years. Rachels Angel, a historical western, won first place in two writing contests. Soon Jennifer turned her attention to the Forever After in Apple Lake series, about three cousins who find love in Wisconsins Amish country. Her debut novel, Kates Song, was the first book in the series and released in 2012. Rebeccas Rose is the second book in the series, and the third, Miriams Quilt, will release in 2013.

Jennifer has two Amish readers who make sure her stories are authentic. No matter the setting, she hopes to pen deliriously romantic stories with captivating characters and soar-to-the-sky happy endings.

A member of RWA, Jennifer is the PAN liaison in her Utah RWA chapter. She lives in the foothills of the Wasatch Front in Utah with her husband and two children left at home. She has four daughters, two sons, three sons-in-law, and one grandson.