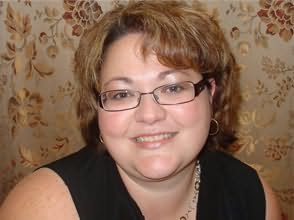 (b.1967)
Kathleen Fuller is an American writer, specializing in Christian and Amish romantic fiction. She was born in New Orleans, Louisiana, grew up in Little Rock, Arkansas and currently resides in Geneva, Ohio with her husband, James Fuller, and three children.

As a stay-at-home mother of three Kathleen Fuller became enamored with Christian fiction. She decided to begin writing but found she needed quite a bit of work. After reading everything she could find about writing and joining a writer's group her first short story, "My Wedding Day," was published in an e-zine. In 2003, she published her first novella, "Encore, Encore." By 2004, Kathleen would release her first full length novel, Santa Fe Sunrise under Avalon.

Kathleen's break out year came when Thomas Nelson Publishers offered her several opportunities to write and participate in a series of Amish romance novels. In 2009, Kathleen's novel, A Man of His Word, was released and became a CBA and ECPA bestseller. Kathleen followed that with the successful release of the anthology An Amish Christmas featuring her novella "A Miracle for Miriam." The anthology would go on to become a CBD, CBA, and ECPA Bestseller.