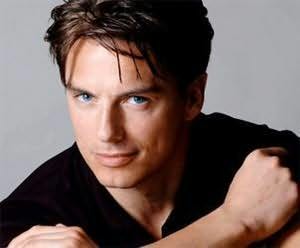 (b.1967)
John Barrowman is an Entertainer with a capital E. He sings, he dances, he acts, he presents, he judges - he is a unique talent in the British entertainment industry.  Born in Glasgow, where he spent his early years, John moved with his family to Illinois in the United States and later studied Musical Theatre at the US International University in San Diego, California.

In collaboration with his sister, Carole E Barrowman, John has released two volumes of his autobiography, Anything Goes and I Am What I Am, published by Michael O'Mara Books. In January 2008, Anything Goes reached number 2 in the Sunday Times bestsellers' list and remained in the list for twelve weeks. A sci-fi/fantasy novel for young adults, Hollow Earth, co-authored by John and Carole, was published by Buster Books on 2 February 2012, with a second novel in the series due out in 2013. John and Carole are also collaborating on a Torchwood novel, Exodus Code.