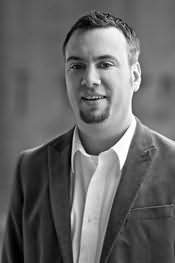 Josh Berk is the author of The Dark Days of Hamburger Halpin, named a best book for teens of 2010 by Kirkus Reviews and Amazon.com. It was also awarded a Parent's Choice Silver medal, a starred review from School Library Journal, and a perfect 10 from VOYA. His second comedy/mystery teen novel: Guy Langman: Crime Scene Proscrastinator, was published in 2012. In 2013 a new series for younger readers begins with Strike Three, You're Dead. He has previously been a journalist, a poet, a playwright, anda guitarist (mostly in bands known for things other than fineguitar-playing). He is a librarian and lives in Bethlehem, Pennsylvania, with his family.
Series
Lenny & the Mikes
1. Strike Three, You're Dead (2013)
2. Say It Ain't So (2014)