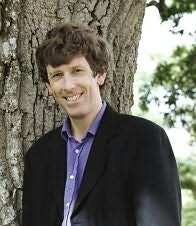 (b.1953)
Tim Bowler is the author of several prize-winning books for children, teenagers and young adults. His novels have been described as psychological, mystical and philosophical adventure thrillers. He was born in Leigh-on-Sea, and studied Swedish and Scandinavian Studies at the University of East Anglia, undertaking a variety of jobs before becoming a full-time writer in 1994.

His first published novel was Midget (1994), a psychological thriller set in Leigh-on-Sea. This has been followed by several other novels: Dragon's Rock (1995), a thriller set in Devon; River Boy (1997), a story about love and bereavement and winner of a Carnegie Medal; Shadows (1999), a gritty love story; Storm Catchers (2001), a kidnap thriller; Starseeker (2002), a mystical exploration of love, loss and music, also made into a play; Apocalypse (2004), an allegory about the future of mankind; and Frozen Fire (2006), a philosophical thriller about the nature of reality which won several awards.

He is also the author of two shorter illustrated ghost stories, Blood on Snow (2004) and Walking with the Dead (2005), together forming Tales from the Dark Side. In 2005 he also contributed a short story to Higher Ground, stories of children who survived the 2004 tsunami.

His most recent works are Books 1 and 2 of his urban thriller series, Blade - Playing Dead (2008) and Closing In (2008), about a 14-year-old feral boy. His new novel, Bloodchild, a story about memory, secrets and betrayal - is due for publication in autumn 2008.

Tim Bowler also speaks at conferences, schools and book festivals and is a regular book reviewer on BBC Radio Five Live. He lives in a village in Devon and writes in a small stone outhouse half a mile from his home and known to the locals as 'Tim's Bolthole'.