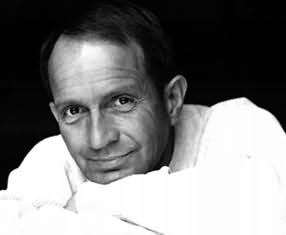 Canada
Allan Stratton is an award winning, internationally published and produced playwright and novelist. His professional arts career began while he was still in high school, when James Reaney published his play The Rusting Heart in the respected literary magazine Alphabet. It was broadcast on C.B.C. radio in 1970. The focus of his early work, however, was acting. While working on an Honours degree in English at Victoria College, University of Toronto, he performed with the Stratford Festival and the Huron Country Playhouse. After completing his M.A. at The Graduate Centre for the Study of Drama, U. of T., he appeared with regional theatres across the country, originating a range of roles in new work by playwrights such as James Reaney, Rex Deverell and Sharon Pollock. Throughout this period, he continued to write, and in 1977 his first professional stage play, 72 Under the 0, was produced at The Vancouver Playhouse by Christopher Newton. A few years later, he turned to writing fulltime, thanks to the success of Nurse Jane Goes to Hawaii, a play that has had over three hundred productions internationally. Rexy!, a satire about Mackenzie King, was premiered in the winter of 1981. It likewise played across the country, and won the Chalmers Award, the Canadian Authors Association Award, and the Dora Mavor Moore Award, all for Best New Play. In 1982, he moved to New York, where he was a member of the Playwright/Director Unit of Lee Strasbergs ' The Actors Studio, chaired by film legend Arthur Penn. While there, Christopher Newton commissioned him to write an adaptation of the classic Labiche farce Célimare for the Shaw Festival Mainstage.
Series
Chanda
1. Chanda's Secrets (2004)
2. Chanda's Wars (2008)