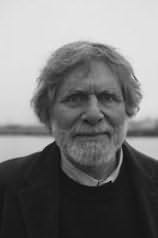 (b.1940)
Alan Cheuse is an American writer and critic. He graduated from Perth Amboy High School in 1957 and Rutgers University in 1961. After traveling abroad and working for several years at various writing and editing jobs, he returned to Rutgers to study for a Ph.D. in Comparative Literature, which he was awarded in 1974 (having written a thesis on the life and work of the Cuban novelist Alejo Carpentier). He then taught literature at Bennington College for nearly a decade and then took various posts at The University of the South, the University of Virginia and the University of Michigan before joining the faculty at George Mason University.
Novels
The Bohemians (1982)
The Grandmother's Club (1986)
The Light Possessed (1990)
To Catch the Lightning (2008)
Song of Slaves in the Desert (2011)
Prayers for the Living (2015)

The Cleft (2007)
Doris Lessing
"A superb and daring work... An extraordinary vision... [A] gift from one of the great mothers of the contemporary novel."

The Novel (2007)
Nawal El Saadawi
"Beautiful... She writes about the city and sky above it, like a woman deeply in love with the physical world."

The Man with Two Arms (2010)
Billy Lombardo
"[A] one-of-a-kind novel... as engrossing as a perfect game going into the late innings."

The Devotion of Suspect X (2011)
(Detective Galileo, book 1)
Keigo Higashino
"How could we have ever imagined, without the help of a novel like this, that Japanese life could be so fraught with suffering and so entertaining all at once?"

Jewelweed (2013)
David Rhodes
"Reminiscent of Steinbeck, with a little touch of Michener."

The Divorce Papers (2014)
Susan Rieger
"Fresh and lively... Smart and wonderfully entertaining... The power and canniness of this bittersweet work of epistolary fiction pulls you along... [T]his portrait of a divorce makes for serious, yet charming, entertainment... A dramatic intertwining of the law and human feelings."

The Convert's Song (2014)
(Valentine Pescatore, book 2)
Sebastian Rotella
"I read like a zealo.... The story got me in a chokehold as the characters grew more and more complex and Rotella's style thickened and boiled and bubbled."