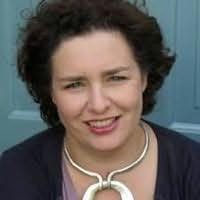 (b.1969)
Claire Calman was born 1969, the daughter of Pat McNeill, a magazine designer, and Mel Calman, a cartoonist. Before writing fiction, Claire spent several years working in women's magazines, then in book publishing, editing gardening books. She is also a poet and broadcaster and has performed her pithy verse at live readings and on radio many times, including for BBC Radio Four's Woman's Hour, Loose Ends, the comedy series Five Squeezy Pieces and for LBC. Her short stories have appeared in numerous magazines as well as in various anthologies, including Cheatin' Heart, the best-selling Girls' Night In, Summer Magic and A Day in the Life.